How can we help you today?

With Powertools, you can save the version of a document at any point in time. Saving a document's version means that in the future, you will be able to consult the versions history and retrieve the document as it was when the version was saved. 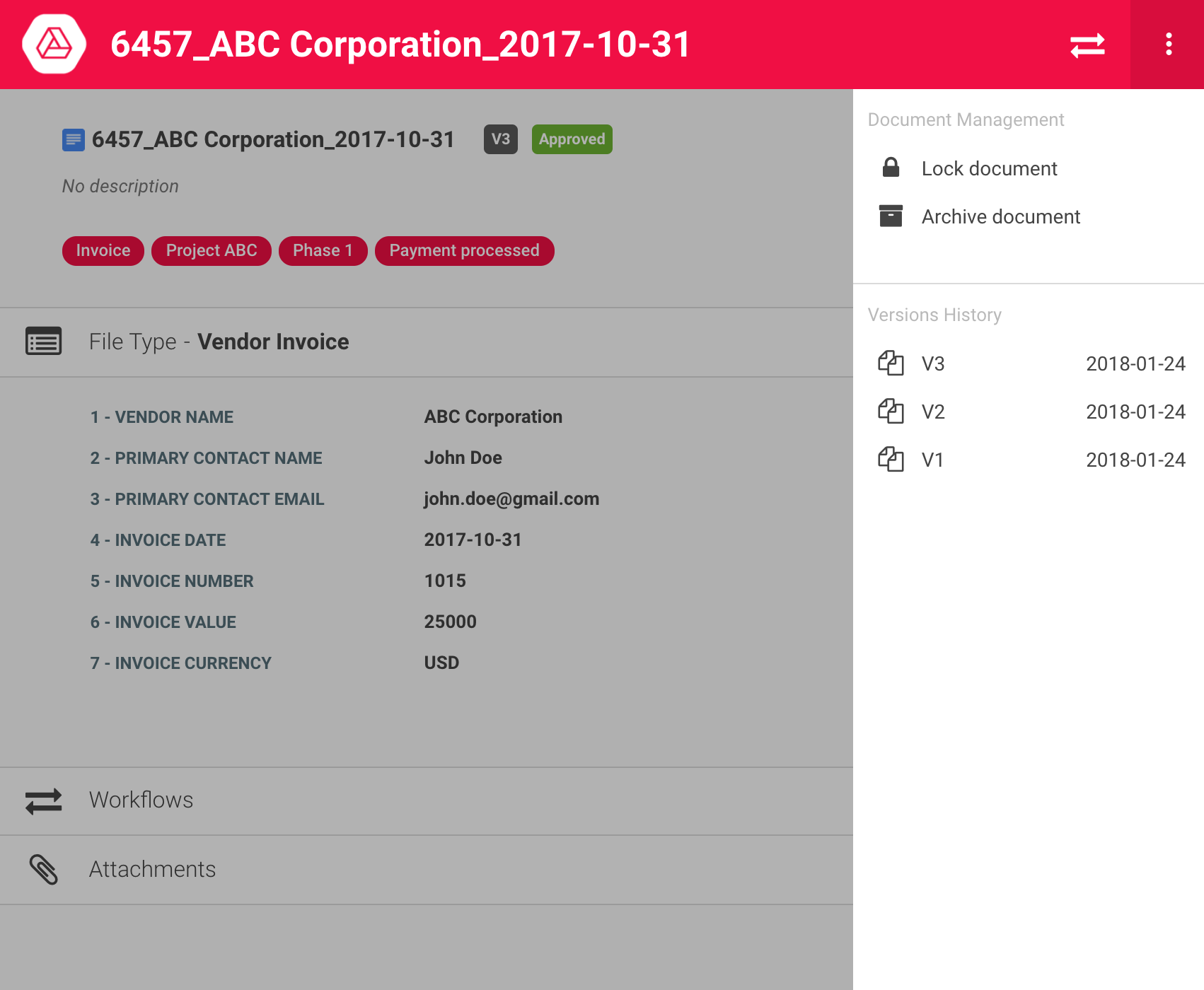 Versions can be saved manually through user action, or automatically during the lifecycle of a document with a workflow task.

Did you find it helpful? Yes No

Send feedback
Sorry we couldn't be helpful. Help us improve this article with your feedback.